The Coast of Utopia. Part 1. Voyage

In Russia of the early 19th Century there grows up a whole generation of young people enraptured by German philosophy, French novels and Pushkin. After the Decembrists’ revolt in 1825 the Czar Nikolai I enforces strong censorship on books and newspapers. Despite censorship, Russia swarms and bubbles over with ideas. Young Alexander Herzen and the poet Nikolai Ogarev are only 12 and 13 years old, when they solemnly swear to dedicate their lives to fighting against the dictatorship of the czar. New journals appear in Moscow and Saint Petersburg. In one of those, the philosopher Peter Chaadaev publishes his famous letter about Russia being a backward country, in consequence of which he is declared insane. Even arrests and deportations cannot avert the general trembling feeling across the country, which Stoppard expresses through the lips of Herzen: “Now you can’t buy a bootlace without the shop-clerk asking your opinion of existence-in-itself.”

The action of “Voyage”, the first part of “The Coast of Utopia”, takes place in Russia from 1833 to 1844. The central figure of the play, future anarchist thinker Mikhail Bakunin, grows up with his four sisters in the idyllic manor of Premukhino, 200 kilometres to the North-West from Moscow. In summertime the house of Bakunins is visited by the daughters’ suitors as well as by the intellectual friends of young Mikhail. Despite of his father’s disapproval the energetic and vital Mikhail is less and less keen on military life and takes course towards social and literary activities. Bakunin makes friends with the critic Belinski, the poet Stankevich, Herzen, Turgenev and many other great future thinkers of Russia – a multitude of historical figures, performed by the joint company of actors from the Estonian Drama Theatre and Tallinn City Theatre, put together especially for this occasion. Tom Stoppard’s play, based on true stories, can be regarded as an independent bittersweet ode to youth as well as a prelude to events depicted in the next parts of “The Coast of Utopia”. All the parts of the trilogy can be watched on stage independently and not necessarily in chronological order.

The performance lasts for 3 hours and 30 minutes. 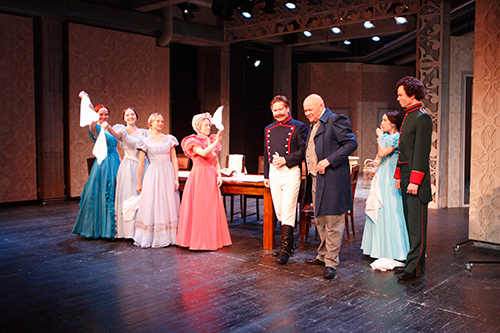 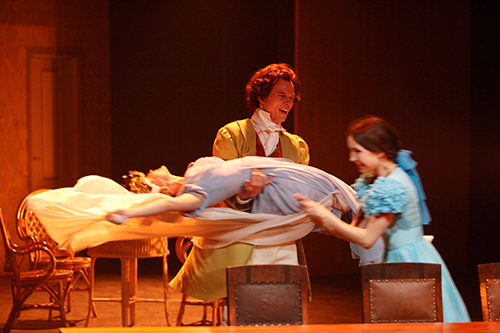 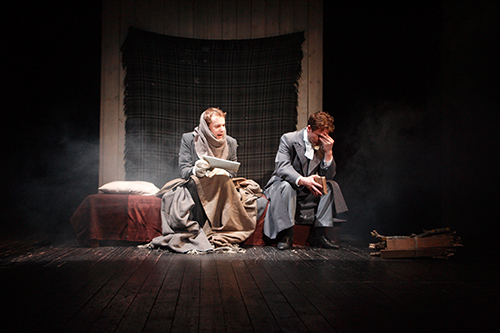 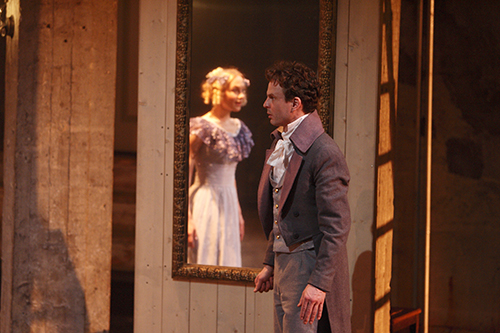 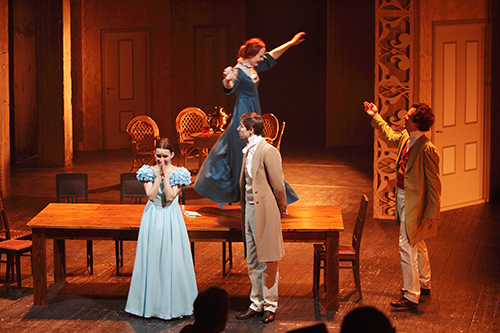 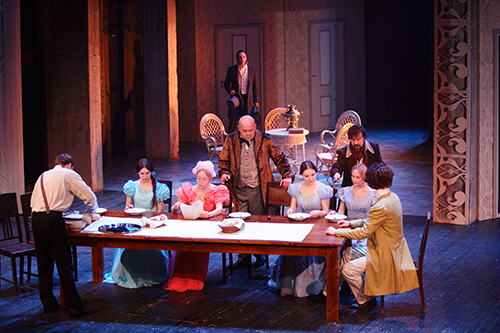 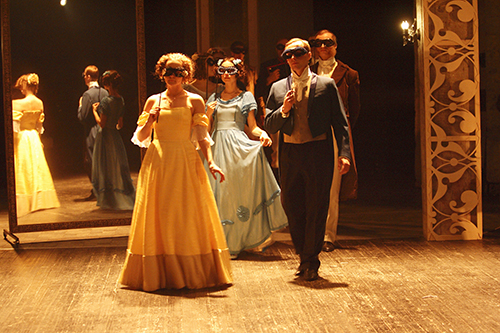 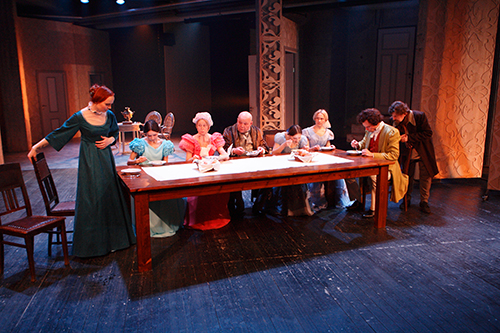